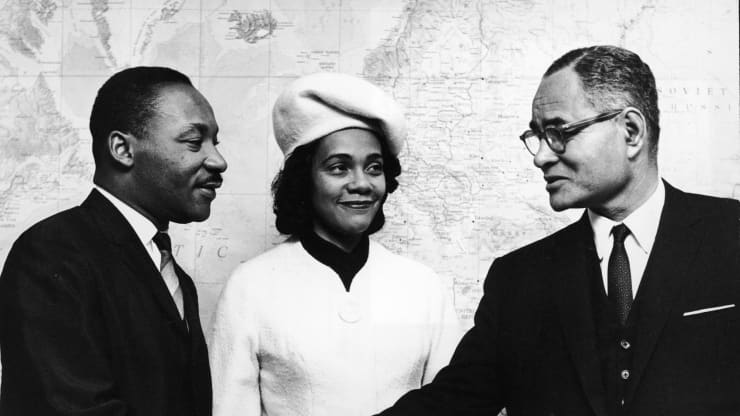 We all admire Dr. Martin Luther King, Jr. and the heroic way in which he lived his life. But who did this great reverend look up to? And most importantly, what did he learn from his mentor?

One of Dr. King’s mentors was Ralph Bunche, a professor at Howard University and diplomat who served at the US State Department and United Nations. Bunche was the first African American to win the Nobel Peace Prize in 1950 for his work negotiating a peace agreement between Israelis and Arabs. Bunche was also involved in the Civil Rights movement, and he attended the 1963 March on Washington for Jobs and Freedom where Dr. King delivered his “I Have a Dream” speech.

Here are three things that Dr. King and his fellow civil rights leaders learned from Bunche:

First, buckle down and focus. During the 1960s, the great reverend was taking on the issues of civil rights, poverty, and the Vietnam War. Bunche thought that King was spreading himself too thin and the movement would suffer as a result. Bunche thought they could accomplish more by concentrating their efforts on concrete actions. Indeed, King and his team emphasized attaining real and tangible results like passing the Voting Rights Act of 1965 that prohibited discrimination in voting. “We wouldn’t march for every issue,” said Ambassador Andrew Young, a leader of the civil rights movement and close friend of Dr. King.

Second, be less public. Bunche felt that civil rights leaders were too public with their opinions and actions, and that they should work more discreetly to generate less controversy. When King came out publicly against the Vietnam War, Bunche said: “Right now, I am convinced, [King] is making a very serious tactical error which will do much harm to the civil rights struggle.” Nevertheless, Dr. King and civil rights leaders came to appreciate the wisdom of Bunche. “We learned that you can get anything you want done, as long as you give others credit,” said Ambassador Young. “When you are too public, it can be dangerous,” he said.

Third, look for contrarian viewpoints. Bunche was an academic who liked to play devil’s advocate, and he often disagreed with Dr. King’s strategy and tactics. By presenting an alternative viewpoint, he would make Dr. King look at an issue differently. Overtime, Dr. King learned to welcome and encourage disparate viewpoints so that he could consider all perspectives before making a final decision.