3 Things Business Leaders Can Learn From a Nonprofit Organization 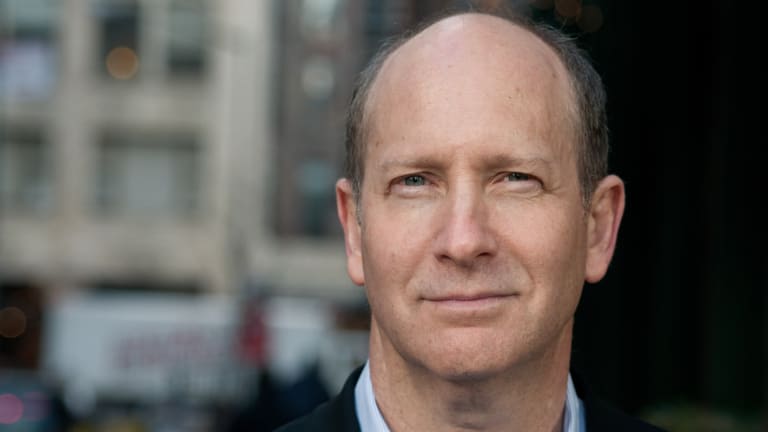 Those looking for ideas to boost their businesses this year shouldn’t just follow the crowd.

Everyone else might be reading The Economist, Marc Andreessen’s tweets and Peter Thiel’s books. But one way to stand out is by incorporating ideas from an unlikely source: a nonprofit organization.

But not just any nonprofit fits the bill. One that does is at the cutting edge of science and innovation and is involved in producing things as diverse as Radiolab, the Tribeca Film Festival and Hidden Figures, the new movie generating Oscar buzz.

As part of its many initiatives, the foundation essentially runs a nonprofit multimedia company that commissions and produces content with a bent toward science and technology. This content takes the form of books, movies, new media, plays, and radio and television and shows.

And the person who runs this initiative is Doron Weber, vice president for programs, who has been at the foundation for 20 years. During his tenure, he has developed acute insights regarding what makes an effective leader, lessons that corporate executives can also apply.

Here are three of Weber’s tips.

But as Weber said, “You need to play the long game, while plucking enough low hanging fruit” to satisfy those demanding short-term results.

For example, instead of betting on one major project, the foundation seeded grants throughout the film-making ecosystem, working closely with six of the top film schools, as well as providing development grants via illustrious film festivals such as Film Independent, Sundance and Tribeca. The foundation also awarded prizes to films such as Hidden Figures and The Martian to showcase the type of projects and ideas that they support.

Weber is tireless in reading every proposal himself so that he can ensure that the foundation is backing top-notch projects. Because he isn’t looking for only short-term wins, he can go deeply and get invested in his work.

The flat organizational structure of Weber’s one-man shop blends the nimbleness of a start-up company with the resources of a major enterprise. Imagine chief executives of media start-ups or major enterprises actually reading the books, plays and scripts that come across their desk.

To be sure, they may not have enough time to do so, but they will become intimately familiar with the content, which, in turn may raise the quality of their firm’s productions. And, indeed, such quality would enhance the firm’s brand, which would become a self-reinforcing mechanism for attracting better content and talent.

2. Stay with a good idea. In 2003, Weber wanted to create a universal digital library, as the Internet was taking off. He reached out to the Library of Congress, urging it to digitize its content.

But progress was slow, and Google, now a subsidiary of Alphabet, soon announced its plan to digitize all books. Weber thought that it was important to have a noncommercial alternative, so he stuck to his guns and with the idea for nearly a decade, producing enough small wins to stay in business.

In 2010, he made a grant to Radcliffe, which evolved into the Digital Public Library of America, comprising more than 2,000 institutions offering a digital and open network of content that can be used by the general public and scholars.

“I wouldn’t let go of this idea for 10 years, despite setbacks, until I found the right partners at the right time that could make it happen,” Weber said.

The moral of the story is that those who are encountering difficulties for a new idea at work should keep on searching for different approaches and partners to flesh out the idea and make it a reality. It is a principle by which Weber has stuck, and it can serve corporate leaders well as they plan their strategies.

3. Tell imaginative stories. The book and movie Hidden Figures tells the story of female African-American mathematicians who helped NASA win the space race. It is a highly entertaining story that showcases how minorities have played an important role in science, an issue that the foundation has supported for decades.

Stories such as this can “suddenly galvanize public attention and make us realize how there have been many ‘hidden figures’ who have made contributions to the sciences,” Weber said. “We need to encourage more of these talented African-American, Hispanic and Native American women to enter these fields and show what a difference they can make.”

Weber thinks that telling powerful stories isn’t just important in the theater but in the board room. He recently finished raising several million dollars for a corporate board on which he serves.

Weber was charged with writing a business plan with the chief executive that coupled dramatic narrative with cold-hard facts and numbers. While drafting the text, he drew upon the lessons he learned while reviewing so many proposals at the foundation.