3 Secrets You Didn’t Know About on the $1 Bill 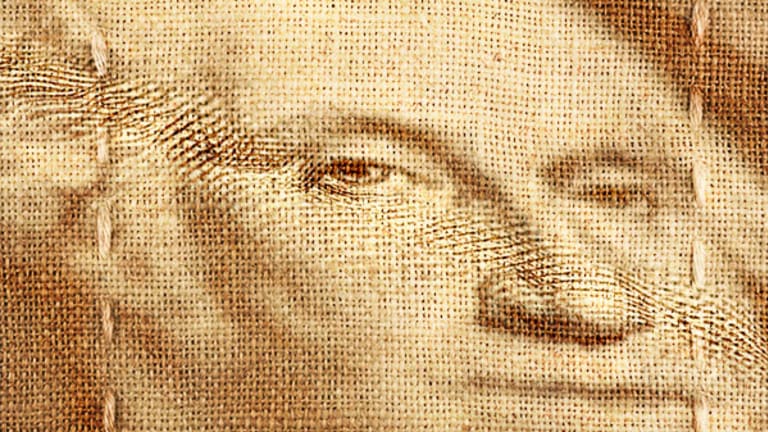 The secret is out. Treasury Secretary Jack Lew favors keeping Alexander Hamilton on the $10 bill, with a group of important women on the back of the note. He is also entertaining the prospect of replacing Andrew Jackson with a woman on the $20 bill.

It’s important to make U.S. money more representative of our country and to highlight individuals who have made great contributions to our nation. Currency throughout history has been laden with portraits, images, and symbols, some more self-evident than others. I was surprised to learn about the origin and meaning of several mysterious symbols on U.S. currency while I was researching for my book Coined. Here are three secret symbols on the $1 bill.

On the reverse of the dollar bill is an ancient Babylonian symbol, an eagle with a ribbon in its beak. Yes, that’s part of the Great Seal of the United States, which was designed in 1782, and placed on the $1 bill in 1935.

But art historian Rudolf Wittkower traces this symbol to its origin, a Babylonian story known as the Etana Epic. In this tale, the gods select Etana to be king, yet his wife is unable to produce a son. Etana starts his journey to find a special fertility plant, and along the way, he encounters a dying eagle. The eagle was injured by a serpent out of revenge, as the bird ate the snake’s young. Etana rescues the eagle, and the bird helps him fly to the heavens to obtain the birth plant.

The symbol of an eagle with a serpent in its beak has appeared in various civilizations, over thousands of years. For example, a pendant discovered in South Asia, which dates back to 3000 BC features the symbol. It was also found on the insignia of Pope Clement IV in the thirteenth century. It is on the Mexican coat of arms, state flag of New Mexico, and the Great Seal of the United States — prominently placed on the $1 bill.

Of course, the meaning of this symbol has changed to fit the society which incorporates it. On the Great Seal of the United States, the eagle doesn’t have a serpent but ribbon in its beak that reads, “E Pluribus Unum.” Nevertheless, the eagle-serpent imagery isn’t uniquely American.

Also on the backside of the $1 bill is the reverse of the Great Seal which is rich with symbolism. The unfinished pyramid is meant to represent “strength and duration,” according to Charles Thomson, the secretary of the Continental Congress. The eye above the pyramid is surrounded by the inscription “Annuit Coeptis” that means “Providence has favored our undertakings.” The Latin inscription “Novus Ordo Seclorum,” means “A New Order of the Ages,” which was coined by Thomson who was inspired by Virgil’s poetry. This motto is a reference to the birth of a new democratic country, and the beginning of a new American era. The founding fathers added these inscriptions as a message and reminder to future generations of Americans.

The United States began as a collection of 13 states, so there are many groupings of 13 on the dollar bill. On the front is the insignia of the Department of the Treasury which features thirteen stars across it. On the reverse of the bill, there are 13 stars above the eagle on the Great Seal. The ribbon in the eagle’s beak says, “E Pluribus Unum” which is 13 letters. The eagle is clutching an olive branch with 13 leaves in one talon. In the other talon are 13 arrows. There are 13 levels to the pyramid on the reverse of the Great Seal. “Annuit Coeptis” is composed of 13 letters too. And if you look closely towards the sides, there are 13 pearls next to the front and reverse of the Great Seal.