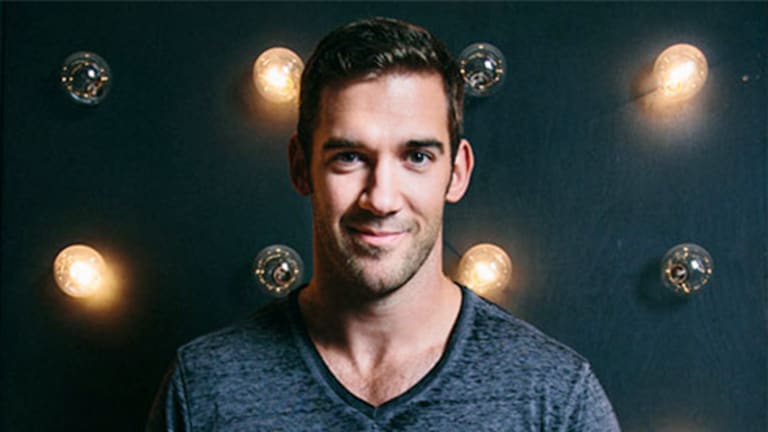 Lewis Howes dreamed that one day he would play professional football. After graduating from university, he attended NFL tryouts and eventually wound up playing professionally in the Arena League. But after several injuries, he was sidelined from his career.

At first, he lamented his situation, washed up at the tender age of twenty-four. That’s when he stumbled onto his second act as a lifestyle entrepreneur who hosts the podcast The School of Greatness, which has received over nine million downloads. He has interviewed great minds on his show, from Arianna Huffington to Tim Ferriss. He has distilled what he’s learned from these guests into an enjoyable new book The School of Greatness. Here are three financial takeaways from his book:

1. Have a Clear Financial Vision

Howes opens his book by recounting the lessons of Angel Martinez, CEO of Deckers (DECK), a footwear company with over $1 billion in annual revenue.

Born in Cuba, Martinez immigrated to the Bronx at an early age. While in elementary school, he was struck with shoe envy, as a pair of Cons cost $6.99 but his aunt offered him only $1.99. Growing up poor enabled Martinez to have very specific, practical, and achievable goals.

Howes took Martinez’s goal to heart and asks, “What were my $6.99 Cons?” Howes wanted to be a football player at the Ohio State University. Instead, he became an All-American decathlete at another university an Ohio, but his clear vision led him to focus on achieving his goal of being an elite athlete.

Having a clear financial vision is an important first step in realizing your investment goals and allocating your portfolio. You can ask yourself, “What’s your $6.99 stock?”

Howes heralds the importance of repetition. He invokes Aristotle, who said, “We are what we repeatedly do. Excellence, then, is not an act but a habit.”

After a conversation with life coach Tony Robbins, Howes made a list of his own bad habits that ranged from eating poorly to swearing relentlessly. Over the years, he started to list the positive habits that he had adopted, including going to bed early to meditating.

The act of writing down these habits made Howes realize the sea change that had happened in his life. As investor, you can document not just all your poor investment decisions but how you made them: Maybe you didn’t perform enough due diligence, or you modeled revenue growth rates incorrectly. Whatever you did wrong, make a list and post it to your computer monitor to remind yourself to break these habits.

3. It Ain’t All About the Money

Howes’s favorite TED talk was given by the “guerilla gardener” Ron Finley who plants gardens throughout the urban landscape of Los Angeles. Howes explains, “I love this because he isn’t asking for anything in return, nor does he expect someone to pay for these services.”

Finley’s random act of kindness should be an inspiration for those wanting to live a full life, according to Howes. While so many of us are in the rat race, trying to move up the corporate ladder or put on a profitable trade, we risk life passing us by.

In order to achieve some semblance of peace, Howes recommends planting our own sorts of neighborhood gardens, doing something for someone else. It’s a refreshing reminder for those tied to their trading turrets every day.