What Rio Should Have Learned From Atlanta’s 1996 Summer Olympics 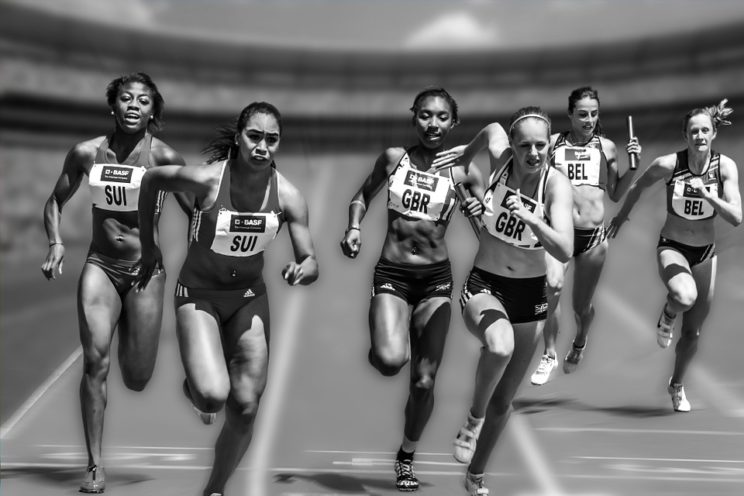 As this year’s summer Olympics kicked off Friday night in Rio de Janeiro, all eyes are on a city struggling with a terrible economy and health care crisis. The games are over budget and under selling: The expected cost of $12 billion is expected to swell to nearly $20 billion; and 30% of tickets were unsold as of a few weeks ago. Meanwhile, the outbreak of the Zika virus has tourists shying away from visiting; Brazil is in the midst of a terrible recession; and its president is facing impeachment.

It didn’t have to be this way. Rio’s Olympic officials couldn’t have changed the country’s political, economic, or health fortunes, but they could have done more to set up the games for success by learning from previous games.

Twenty summers ago, my sister and I had the experience of a lifetime. We ran the Olympic torch in Atlanta, Ga., she passing it to me on July 18, the day before the opening ceremonies of the 1996 Centennial Olympic Games. Because my family was involved in helping the city win the bid to host the games, not only were we afforded this unique opportunity but got to see the inner-workings of how the games were organized. While these games were formative for me as a young person, they were also transformational for Atlanta. And while outsiders may point to the bombing as a lasting memory of these games, know that in the words of a former Atlanta mayor, “I don’t know anybody in Atlanta who didn’t think the Olympics were good.” Indeed, Atlanta’s Olympics were mostly privately funded, profitable, and made a positive and lasting economic impact. Here are three things Rio 2016 could have learned from Atlanta 1996:

In a recent poll, almost two-thirds of Brazilians think the Olympics will be harmful for the country. The same feeling is particularly acute in the areas around Rio de Janeiro. That the Olympics are registering such a poor opinion among the public isn’t shocking, considering the country is going through a dismal economic period. Recently, police officers and teachers have taken to the streets to protest the games with embarrassing signs that read “Welcome to Hell” and “No money for public education.” Rio’s Olympics were largely an idea that was hatched, supported, and funded by Brazil’s government.

By contrast, Atlanta’s 1996 games had local buy-in from the beginning. That’s because the dream to host the games didn’t originate from a government official but private citizen, real estate lawyer Billy Payne, in 1987. He went around the city, drumming up support for the games, eventually enlisting the help of then-mayor Andrew Young. Atlanta’s bid for the games cost $7.3 million, which was the least among all but one of the finalist cities like Athens and Melbourne, and most of the funds came from corporations and private citizens.

As a matter of civic pride, local companies added a section to their bills so that customers could “opt in” to fund the city’s Olympic bid. Because it was a locally-inspired and led initiative, Atlantans took pride and arguably helped win the games with their “y’all come back now” Southern hospitality. For example, members of the International Olympic Committee (IOC), who hailed from Africa, visited the homes of local African Americans who ran companies in Atlanta. IOC members from Latin America met with then Coca-Cola CEO Robert Goizueta, who was originally from Cuba. And those IOC members from India met with my immigrant father, R.K. Sehgal, who ran a large engineering firm.

Atlanta’s motto of a “city too busy to hate” was put on full display, as IOC members were impressed with the town’s diversity. Other prominent Atlantans volunteered their expertise and services like Pat Crecine, then president of Georgia Tech, who used his university’s resources to create virtual 3D renderings of what the city would look like, to the amazement of IOC officials.

When Atlanta won the bid in 1990 to host the Olympics, I was in elementary school, and my teacher had turned on ABC News with Peter Jennings, who was delivering the news. “We won,” exclaimed my teacher and classmates, as we jumped in the air. People outside started to honk their horns outside with glee. Because the bid was privately conceived and funded, the games were never perceived as a “top down” idea of policy makers, but a “bottom up” grassroots movement. “The real legacy of the games is that the people of Atlanta felt for themselves the legacy of possibility. We can do anything we set our minds to,” Payne said following the games.

Rio, or for that matter, many other cities that have wanted to host the Olympics, have opted for the top-down approach, putting city officials front-and-center. But that can result in high disapprovals for the games, such as we have seen in cities like in Rio this summer or Chicago, where only 47% of its citizens supported the bid to host the 2016 games, which it lost to the Brazilian city. In contrast, some 84% of Atlantans supported the bid. The citizenry has to want the games, otherwise the event will be unwelcome among segments of the population.

Rio could have learned from Atlanta by making modest revenue assumptions and containing costs. And though Rio has tried to rely on private funding, it hasn’t been enough. When you use government money, taxpayers will take to the streets at the first signs of misuse of funds.

Atlanta’s 1996 games cost about $1.7 billion. While government funds were used for infrastructure improvements, much of the capital came from the private sector: Corporate sponsorships added more than $540 million to the coffers; ticket revenue generated more than $420 million; and television rights were sold for hundreds of millions of dollars. In fact, Centennial Olympic Park, which replaced a downtrodden area, has become a crown jewel of Atlanta, and it was funded with $75 million in private donations. The games also resulted in a $10 million profit. Even though there wasn’t a material uptick in economic activity during the games, the Metro Atlanta Chamber of Commerce assessed that the Olympics generated $5.14 billion of impact. And the games were an amazing branding initiative, as billions around the world watched the games. Before the games, people confused Atlanta with Atlantic City. Not anymore.

Hosting the Olympics can be perilous for the host city. Recently, Rio’s governor announced that “financial disaster” had beset his state, which is experiencing a $5.6 billion shortfall this year. The falling price of oil is partly to blame, but also the exploding cost of the games has exacerbated the deficit. Rio is the latest of several cities which have found the Olympics to be economically adverse. Athens, which hosted the 2004 Olympics, had an exorbitant budget that was later partly to blame for Greece’s debt crisis. One of the reasons that the Olympics aren’t a boon is that the IOC is taking a greater percentage of revenues, at the expense of local beneficiaries. The games have become so expensive that several cities already pulled out of bidding for the 2024 summer games. 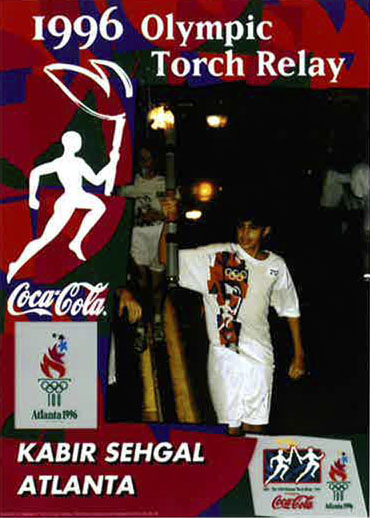 The Olympics have developed a reputation for leaving behind blight, as monstrous facilities are rarely used again. China’s “Bird’s Nest” stadium, built as the epicenter for the 2008 Olympics, is rarely filled to capacity with events. Instead, Atlanta has put many of its Olympic facilities to use. Its Olympic Stadium was converted into Turner Field where the Braves have played for nearly 20 years (and which they will vacate next year). The Olympic Village, which was home to athletes, was turned into student housing for universities. But even Atlanta doesn’t have a perfect record: the tennis courts have since fallen in disrepair. But by and large, Atlanta’s many Olympic facilities have been used since the games.

Trying to avoid urban decay, Rio is using “nomadic architecture” so that venues can be dismantled and repurposed easily after the games. For example, the handball venue will be disassembled, and its parts used to build schools. But these conversion projects will also take time and money, and the government doesn’t seem to have the funds or patience of its people. It remains to be seen whether Rio can execute, so that the Olympics have a positive legacy on the city.

By no means was Atlanta 1996 a perfect event. But the games themselves were good. The 1996 Olympics were the games of Muhammad Ali, Michael Johnson, the Dream Team II, Kerri Strug, the Magnificent Seven, Andre Agassi, and Carl Lewis. And that’s probably the best way to create an enduring impression. With all the “bad” news, Rio has lowered expectations so that if they pull off a good showing, maybe that’s what people will remember. And for all the naysaying, citizens of Rio have reason to be proud—they have put in tremendous efforts, and they can now relish the fact that their beautiful city is now the center of the world.

What happens over the next two weeks will create memories that will last a lifetime. The Olympics did just that for Atlanta and for me.

Kabir Sehgal is author of Coined: The Rich Life of Money and How Its History Has Shaped Us. He was previously a vice president at JPMorgan.